I recently read an article that struck a nerve with me.

It was written by a fighter pilot and the topic was motivation and discipline.  His viewpoint was that discipline trumps motivation every time.

The fighter pilot said that when it's time to run head first into the enemy you don't feel motivated to do it.  After all you're full of fear and would rather turn and run the other way.  He said rather it's discipline that's so important at this moment. It's the discipline you've developed, your knowledge on the subject, the training and practice. You know what you have to do so you simply do it. 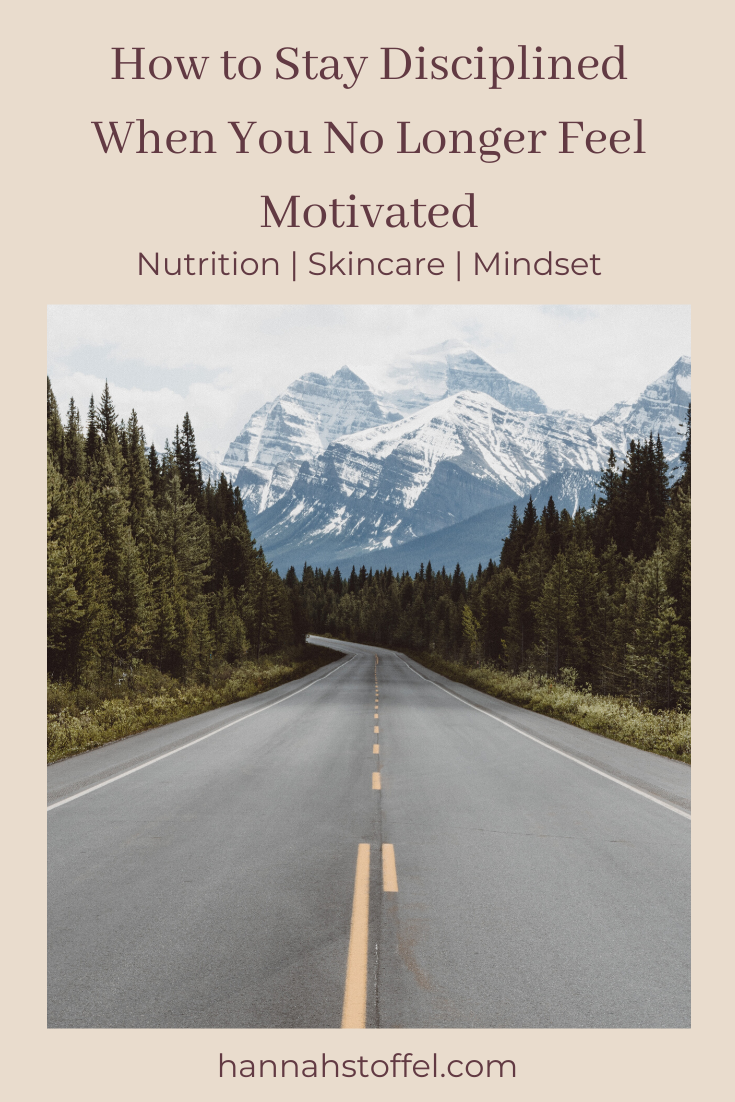 As I read this piece I felt immediately drawn to what he was saying. I realized that although he was referring to war time battle, the same principle applies to just about every area of our lives.

In fact, for many areas of our lives if we only relied on how motivated we felt to do something, nothing would get done.  Am I right?!

I see this often in my private coaching.  Women come to me feeling motivated to make a change. They are tired of the way they look and feel. vThey know they need a change and at first the prospect of it all is really exciting.

They feel motivated to do something different.

But then reality begins to set in and the truth is changing the way you eat isn't always a straight, easy road. At this point discipline has to step in and take over. Otherwise you find yourself right back where you started.

When I had  adult acne  so severe that nothing I tried was working,  I began to look at my issue for what it was.
A sign of a deeper rooted problem that needed to be solved.

This is when I decided to change the way I was eating to bring restoration and healing to my body and therefore, ultimately heal my skin.

Motivation didn't play much of a role during this process. Initially, I felt motivated by the prospect of clearer skin but that quickly faded. One thing to understand about using food as medicine, is the results are not always immediate. Obviously, this can feel frustrating.

More than that is what others around you see.

To my friends and family, the dietary changes I made, seemed extreme (although they really weren't).

People wondered if I was nourishing my body properly. I began to feel a bit of a stigma because I wasn't eating what everyone else was. The biggest struggle was that my skin didn't clear overnight and as it was healing it went through a few purging stages. You know the old adage, "Things get worse before they get better"?  In my case I experienced this. Therefore to those around me it appeared that all my efforts were in vain.


During these times I didn't feel motivated to keep pushing forward and pursue my goal.  In fact, at times I felt downright defeated.  Was I completely crazy?!  This entire process required discipline on my part.  I knew what I needed to do or I would never know the real results.  If I quit half way through I would never realize the truth.

Worse, if I gave in to temptation or peer pressure to be normal and do what everyone else was doing, I'd have to start back at square one.  I had to be disciplined everyday to follow the plan I laid out for myself.

If you want to accomplish real changes in your life, you have to develop discipline.

For many of us, this is a struggle to handle on our own.  We need guidance and accountability.

Ready to take that step towards clearer skin and better health?  Click here and I'll be in touch with you real soon.


Here's the link to the article I referenced http://www.businessinsider.com/top-gun-pilot-dave-berke-discipline-2017-7

A lack of willpower is not your problem

Here come the doughnuts! There goes my diet plan!

How many times have you begun a nutrition plan or diet only to have someone bring doughnuts to your office or home?

You have the best intentions and you're certain your willpower will hold out this time. After all your beach trip is only a few, short weeks away, and you want to look good in your swimsuit!

Usually this is where the bargaining begins. You have a debate with yourself. You reason that you've been so good on your diet so you choose to indulge a little. Everyone else is, why should you be the only one left out? So you take a delicious doughnut, or two, and decide that tomorrow is a new day and you'll eat perfectly tomorrow.

Does this situation sound familiar? Maybe it's not doughnuts for you but chips and salsa, or ice cream? Whatever "it" is doesn't really matter. What does matter how you feel afterward -- as a wimp with no willpower.

I'm going to share with you a secret: willpower has nothing to do with it.

In my days of constantly chasing weight loss and experimenting with different diets this scenario was common place for me. I see the scenario daily on social media. It's usually portrayed with clever memes or a gif but, nevertheless, the guilt-trip is the same - success comes from willpower, and if you only had more of it you'd be successful.

Why does this cycle happen and how can it be stopped? 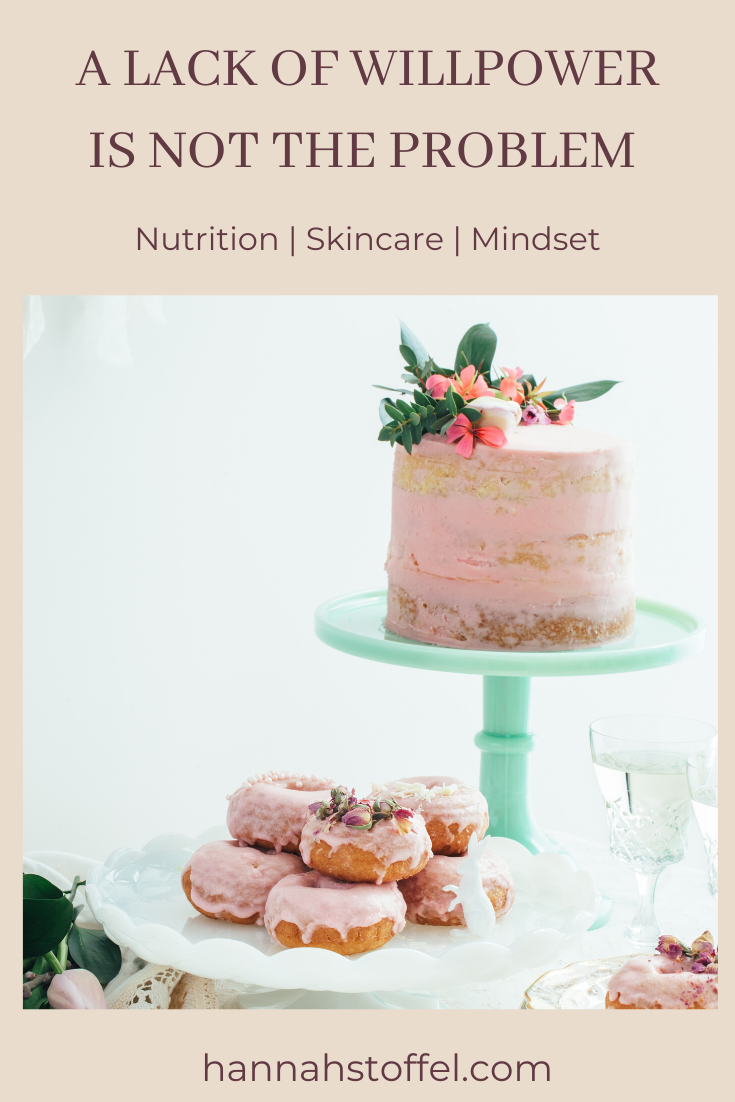 Willpower is highly overrated. It's a word we frequently use and see yet, if asked, I'm guessing most of us would have trouble defining it. It almost feels like a mystical factor that needs to be harnessed in order to have power over food.

I'll say it again. A lack of willpower is not most people's problem.

Take the focus off of willpower and instead put it on decisions, habits and discipline.

Dieting doesn't work in the long run and I'm not a fan.

Instead, of dieting for weight loss, nourish your body through whole food nutrition.

Add to that balance. Balance in life liberates us from cycles of defeat.

Take that box of doughnuts that just walked into your office. Everybody is partaking. When you do not you create at least two unproductive, self-defeating circumstances. First, you put the entire office on notice that you are "trying to lose weight." Every day after that someone (at least one) will ask how is the diet going? How much weight have you lost? Odds are the person you find most annoying will be the one who asks most often. You have put your waistline in the spotlight, center stage. That's pressure you neither want nor need.
The second self-defeating and unproductive circumstance you create when turning down a doughnut while everyone else is indulging is the "apple in the Garden of Eden" effect. The more you tell yourself "No," the stronger the attraction and urge to partake. Who wants that battle?

There's a better way, and you can embark on that way now; before the doughnuts-in-the-office challenges. Decide to change the way you eat. It is your decision. You are in control. You are the master of your destiny.

The first step is to write down why you're changing the way you eat. This can't be a simple blanket statement, such as, "I'd like to lose 10 lbs." Why do you want to lose 10 lbs? What will losing 10 lbs do for you? How will your life be different once those 10 lbs are gone? You need to answer these questions and you need to write it down.

The women I work with complete that exercise with precision and clarity. They know specifically what they want, and they know the reason behind it.

Furthermore, what you want to change has to be of greater importance than the food you want to indulge in.

When I decided to heal my acne through nutrition I learned that I needed to eliminate certain foods that were not serving my body. Unfortunately, these were foods I really didn't want to let go of. A part of me felt I needed these foods to be content. I teeter-tottered and struggled with committing to a decision for a long time, and my results showed it. My face would clear, and then I would revert to eating as I always had, and my acne would come back.

It wasn't until I became utterly dissatisfied with my appearance that I successfully eliminated certain destructive foods, and replaced those with foods that were helping my body. Now I no longer miss those old foods. But initially what kept me on track was realizing why I made the decision.

You may want to lose 5 lbs, but what that requires may not be something you want to do. The 5 lbs, you rationalize, isn't that uncomfortable to live with. Do you understand where I'm going with this? Your "why" has to be bigger than anything else. When that happen it is no longer a "should do" decision, but rather a "want to" choice. It is always easier to do what you want to do that what you should do. Granted, discipline will be necessary because motivation and drive don't always hang around long.

The final component to this is to recognize that they are physiological things, completely outside your control, that take place in the body when you change the way you eat. If you're craving something, or feel you lack self-control with certain foods (especially with highly refined carbohydrates), there is a reason. This is where one-on-one coaching will carry you to success.

Reach out to me right now. Let's have a complimentary conversation. Take the first step to becoming who you want to be. 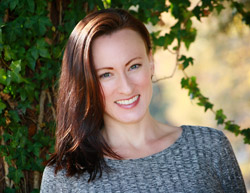